When I’ve come to do these end of year reviews previously, I’ve steered clear of bold statements like “this is the best/my favourite album/gig/book of the year. 2018 is no different.

It’s been a pretty stressful year for me (which I touched upon here). Therefore much of my listening has strived to find a calming release from that. It has often been provided by record labels with a certain house style or aesthetic. Erased Tapes have figured heavily, particularly Nils Frahm, whose All Melody LP and February gig at the Barbican were uplifting experiences. His label mates Masayoshi Fujita’s intimate concert at the Purcell Room has pushed his last three albums on to regular rotation here.  I’m still getting to grips with the label’s hefty 1+1+X tenth-anniversary box set. Something to dig into in 2019.

Similarly, Wolfgang Voigt’s Kompakt label continue to be the home to intelligent dance/electronica. Their regular newsletter provides decent tips for other labels such as KX from Cologne.  I’m already enjoying the annual Kompakt Pop Ambient compilation released in November. Other standouts from the year include Kenneth James Gibson’s beatless In The Field of Nothing, John Tejada’s multifaceted Dead Start Program and Gas’s second new LP in two years, Rausch. Yet again Voigt manages to make electronic music a moving live experience as he did at the Barbican with his lap top and gorgeous visuals late in 2017. It was great to have The Field back with the Infinite Moment LP, another one I need to explore more. 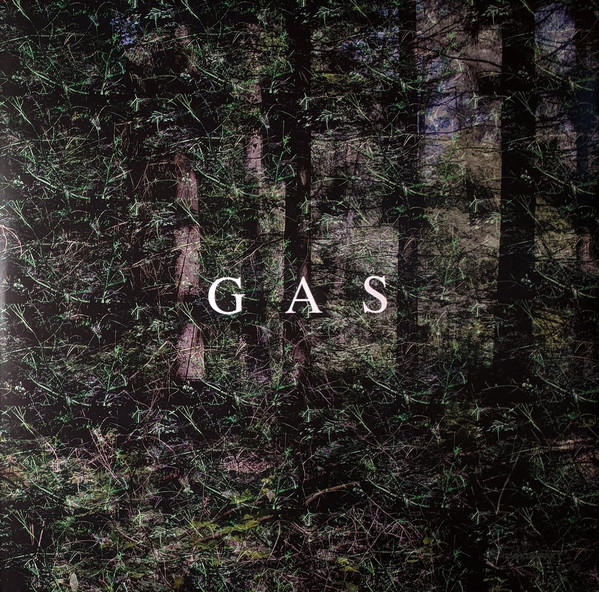 The other record label that fits the bill is obviously Manfred Eicher’s ECM label. I’ve not yet really dipped into their 2018 catalogue in great detail but on initial listening, Jakob Bro’s Bay of Rainbows, Shai Maestro’s The Dream Thief and Marcin Wasilewski’s Live trio sound stunning.

All have a quiet contemplative air about them and they’ve been enhanced by seeing both Bro and Maestro perform live in 2018. In the meantime, I’ve had a whole bunch of ECM albums on shuffle for my commute and have found them incredibly rewarding to listen too, especially as the nights have drawn in later in the year.

Japanese music has been a constant thread this year. Haruomi Hosono’s gig Barbican concert was joyful and I felt blessed to see Yellow Magic Orchestra reform for the encore of Absolute Ego Dance. It was especially thrilling to see the excitement when Yukihiro Takahashi (0:50 in the video below) and eventually Ryuichi Sakamoto (2:50) joined their former bandmate on stage.

The Light In The Attic reissues of some of Hosono’s previously unavailable LPs are fantastically well done and I’ll no doubt write about them early in 2019. Sakamoto’s album Async, his solo piano albums and his collaborations with Alvo Noto have also been getting a good airing since I saw him just before the Hosono gig. 2018 has also featured a series of fantastic reissues of Japanese jazz music, with two great primer albums from the Jazzman and Barely Breaking Even labels which are well worth checking out. Also reissues of Japanese ambient music such as Hiroshi Yoshimura’s Green from 1986 and Midori Takada’s Through the Looking Glass have been dug into. Mule Musiq’s Midnight in Tokyo have introduced me to a hidden strain of 80s fusion.

At the less esoteric end of the scale, catching up with the reissue series of XTC’s albums on CD has revealed previously undiscovered gems. Lord only knows why I had skipped over Skylarking and Nonesuch when they came out but they are brilliant albums.

CD’s are dead now aren’t they? Allegedly killed off by vinyl and streamed playlists, they still do have a place in our house particularly around compilations and those old-fashioned DJ mix sets. Moonboots’ gentle Moments in Time and Bill Brewster’s eclectic Tribal Rites CDs have been on regular replay here.

Of 2018’s new album’s, no single record has quite hit home quite like Beyonce’s Lemonade or Bowie’s Blackstar, which get better with each passing year. Tracey Thorn’s mature yet fun Record was informed by great “in conversation” evening hosted by Rough Trade with John Grant. Kelly Lee Owen’s eponymous electronic album has been a constant favourite. Ibeyi’s Ash album continues to reinforce that women have got more to say and are better at saying it than men.

The art of having something to say without feeling you are getting banged around the ears appears to have been one of the toughest jobs in 2018. No one has done it better than Donald Glover aka Childish Gambino. Atlanta, where he diligently tries to be a responsible father whilst promoting his rapping cousin Paper Boi and living on the breadline, was a groundbreaking TV. Each episode was concise and focussed on a particular character and issue.

I’ve caught up retrospectively with his 2017 LP, Awaken, My Love! which harks back to the golden days of Prince and Curtis Mayfield whilst being completely of the moment.

In 2018 though, he nailed it with just one song. This Is America was thought-provoking, catchy, witty, hooky – just all out wonderful. The video has been dissected and disseminated to death. Go seek out the frame by analysis if you wish but in the meantime here it is, in all of its glory.

Don’t catch you slippin’ up……