I know why Richard Thompson has never achieved the success his talent deserves. He doesn’t possess the rock star cool or good looks of some of his contemporaries. His voice is somewhat of an acquired taste. He may be a little too prolific for his own good. He has a middle England affability about him, with little edge. 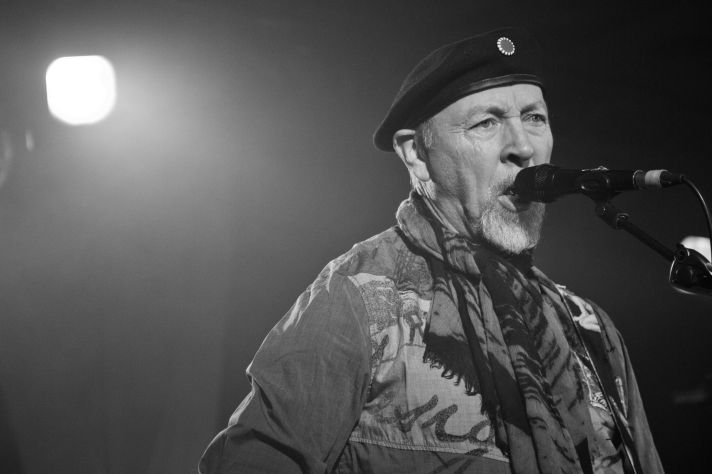 But I’ll go out on a limb here. He is my favourite guitarist of the last 30 years. But his skills go beyond this ability with a six string.

This post is about a song that captures RT at his best. It is also a fantastic story song, something which I am sucker for. 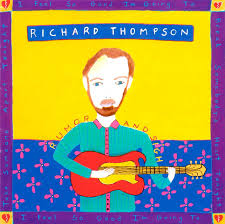 “1952 Vincent Black Lightning” is a tragic love story framed around a motorbike. If you think “Leader of The Pack” is a melodrama, you ain’t’ heard nothing yet. It appears on Rumor and Sigh, RT’s 1991 album. It is a perfect starting point for newcomers. The opening track “I Feel So Good” is the kind of vicious diatribe that Elvis Costello spits out (“they put me in jail for my deviant ways…….now I’m back on the street in a purple haze”). “I Misunderstood” is classic RT heartbroken wronged man (“I thought she was saying good luck, she was saying goodbye”) NB I’ve put the link to the Dinosaur Jr version of this above.

But the motorbike song is where the action is.

Before we get to the song, let’s look at the motorbike that is the subject of Young James Adie’s affection and Red Molly’s admiration. I know nothing about motorcycles. They scare me witless. So this section of the post is freshly researched. The Vincent Black Lightning was the fastest motorbike produced in the world at the time. It was manufactured between 1948 and 1952 in Stevenage, Hertfordshire. Growing up in the Black Country, I’m conscious of the British heritage of manufacturing motorbikes. I wish it hadn’t passed but that’s a gripe for another day. Only 31 Black Lightning’s were made and the first in particular is part of a madcap and extraordinary story. In 1948, the first ever production model was part of an attempt on the World Landspeed record at the Bonneville Salt Flats in Utah. The bike was rode by the wonderfully named American rider, Rollie Free. Rollie had ordered special protective clothing for his attempt (as you would). However this was damaged on the first few runs so Rollie stripped down for the final run. Wearing a pair of Speedos, a shower cap and sneakers, Rollie lay flat on his belly and took the bike to over 150 mph, breaking the world record. Rollie made it to 80 years old and died peacefully, his disregard for his personal safety being only a passing thing.

Here’s the original Vincent being revved by Amanda De Cadenet’s Dad, who it transpires used to build and drive racing cars.

The song is the story of two star crossed lovers – James Adie (he fought with the law since he was seventeen, he robbed many a man for his Vincent machine) and Red Molly (red hair and black leather, James’ favourite colour scheme). The story starts at their meeting and ends – well I won’t ruin it but we ain’t talking Mills and Boon here. The final element of the song is the guitar playing. We are in serious patting your head and rubbing your tummy territory. Firstly, RT uses travis picking. This is using the thumb to play a constant alternate rhythm on the lower three bass strings whilst keeping the melody and the chords going with your fingers. It is named after the country legend, Merle Travis. I’ve never been able to do it but RT manages it here at great pace. Secondly, RT spans five frets in playing the melody line. Generally speaking, there is a fret space for each finger – first to pinky, fret one to four, just moved up and down the neck. RT stretches to a fifth and does in around the seventh position, where the frets are still relatively far apart. I had the privilege of seeing RT perform this at his own Meltdown Festival at the Royal Festival Hall. It was one of the most astonishing pieces of musicianship that I’ve seen and I was fortunate enough to be in the first row. The version that I’ve chosen is from the BBC4 Songwriter’s Circle series. It features Suzanne Vega and Loudon Wainwright, who also appeared at the RFH. It is worth looking for on Youtube.

The song has already entered the contemporary repertoire. Dylan has covered it apparently, which is already a good indicator of such things. One very clever version is by the Bluegrass legend, Del McCoury which again illustrates that there isn’t too much distance between Bluegrass and British folk music. The fiddle, mandolin and banjo carries much of RT’s musical load. Del also supplants Knoxville for Box Hill and as anyone will know if they watched Reginald D Hunter’s recent series, nothing ever ends well in Knoxville.

Back to RT again. I wanted to choose something which illustrated his skill with an electric guitar having seen him play an acoustic. This is “Can’t Win” from the Amnesia album, performed in Austin, Texas. It is over eleven minutes long but please, please stick with this because the playing is immense. It shows RT using all of his tricks with dropped tunings and open string drones. The guitar solo is just breathtaking. I could go for ever posting this stuff.

It runs in the family. This is a track by The Rails. The singer is Kami Thompson who is Richard and Linda’s daughter. The album, Fair Warning, was one of the best released in 2014, a Rough Trade Album of the Month. The vinyl version was released on the Island Pink label, beloved of John Martyn and Nick Drake.