In picking these highlights of 2015, I’ve deliberately steered clear of some of the popular choices in broadsheets and muso mags (Jamie XX, Sufjan Stevens, Courtney Barnett etc). This is partially due to me having read so much about them, it was difficult to know what to add. I also wanted it to be about personal highlights and as good as those albums undoubtedly are, they aren’t personal highlights for reasons too numerous to mention. The prime reason though is that whilst time is finite, the choice of music is infinite and you’ve got to draw the line somewhere.

One of the LP’s about which I’m going to write appears in those “Best of” lists and I’ll come on to that in a little while.

The other one doesn’t though and it possibly is my favourite album of 2015. 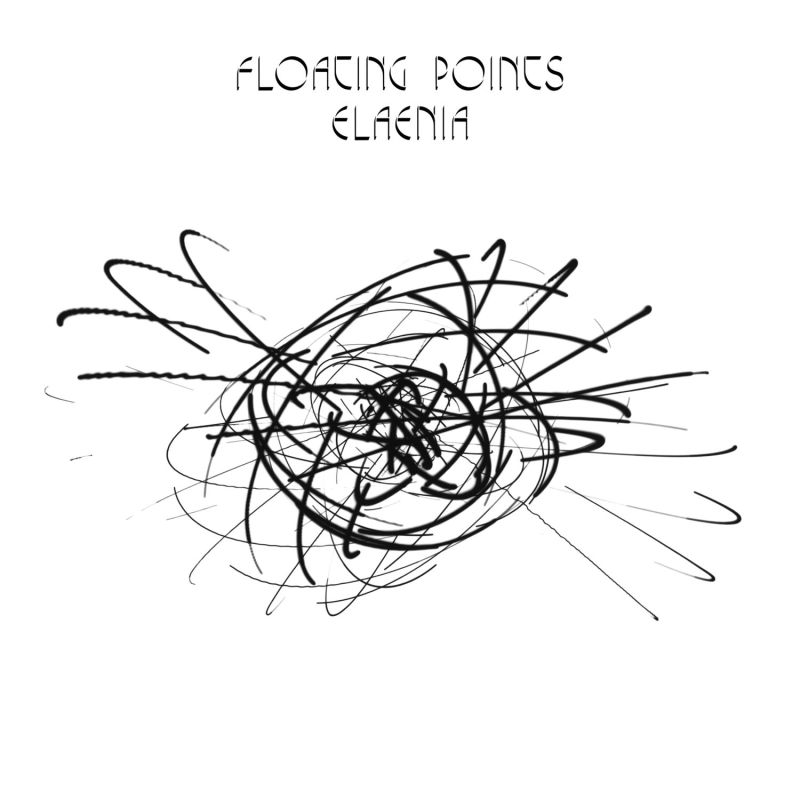 It’s “Elaenia” by Floating Points. The album is Rough Trade’s album of the month for November and it is bloomin’ wonderful.

Floating Points is essentially Sam Sheppard and an elaenia is a fly catching bird found in the Americas (I didn’t know either). Sam is an interesting character. He is a neuroscientist with a PHD in the effect of pain on the brain at UCL. My friend Matt Cooper worked on the album sleeve and has visited Sam’s studio which he says is an Aladdin’s Cave of weird and wonderful electronic musical instruments. If you poke inside the vinyl outer sleeve, you can see Sam’s lair.

Sam has come to electronic music via jazz and classical music. The jazz influences are really significant. A few years ago I treated myself to a box set of Herbie Hancock’s music from 1970 or so onwards. It’s a beast of a thing but it is the gift that keeps giving. Sam seems to draw on Herbie as an influence, particularly the run of albums from “Mwandishi” through to “Dedication”.

“I feel like I’ve followed a lot of the lineage of the music itself through the ages. I started as a chorister singing church music and then got into techno and electronic dance music through jazz, house, soul, which seems pretty logical.”

I had heard some of the Floating Points material before I got the album and was expecting something that was more rooted in pure electronica (if such a thing exists). “Elaenia” is a seriously jazzy LP though. It has a very warm organic sound to it. I bought some new speakers a few weeks ago and used the LP to demo them at the shop. It sounded just perfect.

” I don’t think stereo is used nearly as widely as it was when it came out. Someone told me Brazil had stereos before America, so you listen to a lot of Brazilian music, especially from the early 1970s, and there will be a guitar panned full right and drums panned full left and it’s such a weird thing to do . . . and then I listen to those Brazilian records and it sounds so good.”

The centre piece of the album is Silhouettes. It’s over ten minutes long and builds beautifully. Here’s a snapshot of it.

Better still though is the live version below, which really stretches out. I’ve not seen Floating Points live but am hopefully seeing them in Brixton in February.

Just going back to the cover for a moment, the image was generated via a harmonograph. This is a mechanical device that uses pendulums to create images. This wasn’t quite good enough for Sam who went that extra mile and created his own 3D harmonograph.

“I was making some patterns with it and thought it would be nice to play with the line that it drew, so rather than using a pen on paper, I used a collection of varying widths of fibre optic cables on photographic paper. These were attached to light sources under the control of the modular synthesizer responsible for the drum sounds on many of the tracks on the record. I experimented with different wave shapes for the light source currents, which created different weights of line at regular intervals. Also experimented with using the triggers for percussion sounds on the record.

The cover image was made using 2 fibre optic cables of 0.5 and 1.5mm diameters which were connected to light sources responding to bass drum and white noise percussive sounds used on “For Marmish”. The papers were then developed in photographic solutions in the traditional manner.”

The second album is “Grey Tickles, Black Pressure” by John Grant, which was Rough Trade’s Album of the Month for October.

I’ve been a fan of John Grant since I took a chance on seeing him play live at the Royal Festival Hall without hearing his album in 2011 (pre-Spotify days).

He appeared with Midlake. It was a magical evening, seeing him perform with a band who were both emotionally and musically sympathetic to Grant. Grant had left his previous band, the Czars, in a drug and drink haze with his hedonistic gay life style taking a significant toll on him. He retreated from the music industry somewhat, getting work in a New York hospital as a Russian translator and waiting tables. He carried on writing songs and Midlake persuaded him and provided them with their studio in Texas gratis to record his debut album “Queen of Denmark” in 2008 and 2009.

Grant’s sexuality has been central to all of his solo work. In 2012 at the Royal Festival Hall again, he confirmed that he was HIV positive. It seems wrong to characterise him by his sexual orientation but when it is key to so much of his confessional material, it is difficult not to.

Grant now lives in Iceland and his last two records have featured collaborations with musicians from the country. The last one “Pale Green Ghosts” was more electronic than his debut which bore a classic pop influence. The new album sits between the two quite comfortably.

The record’s title comes from a combination of the Icelandic and Turkish languages respectively: “grey tickles” refers to approaching middle age; “black pressure” comes from the Turkish word for nightmare. Once more, John has got his woes and we’re going to hear about them.

What is great about Grant as writer though is that this is done with a significant degree of self-depricating humour when compared to say Morrissey. Grant has roped in a few friends including Budgie, the wonderful drummer previously of the Banshees and Tracey Thorn. Tracey can turn her hand to most musical styles as her solo work and the stuff with Everything But The Girl and Massive Attack shows. Here she joins Grant on the electro pop of “Disappointing” which would sit quite nicely on the FFS Franz Ferdinand/Sparks album that I blogged about here.

Much of the album falls into the camps of the previous two albums. The title track is an epic piano led affair where Grant puts his HIV status in perspective with the rest of the world’s illnesses to blackly comic effect, from haemorrhoids to cancer.

“Snug Slacks” is Grant’s treatise on the gay dating scene. It is all a lot more fun than it sounds.

He is touring the UK in early 2016. The venues are getting bigger to cater for his pulling power but he is still worth catching.

He’s the nearest musical equivalent to Kelsey Grammer playing Frasier and praise from me doesn’t get much higher than that!

In the meantime, please give the Floating Points album a go. It really is special.