I’m currently reading George Clinton’s autobiography, the lengthily and idiosyncratically titled “Brothas Be, Yo Like George, Ain’t That Funkin’ Hard On You?”.

It tells the story of Clinton’s rise from Virginia and New Jersey, playing in the backyard with his neighbours the Warwick’s (including Dionne, Dee Dee and Cissy Houston). Learning his craft (musical, hair styling and running games) in a barbershop, George set out from the fashionable doowop craze and eventually led the twin leviathan’s of seventies funk, Funkadelic and Parliament. The book shows George staying just the right side of crazy, using his madcap behaviour to consciously distance himself from hangers on. Drugs crop up more frequently as time passes and he appears to have had numerous children, both marital and extra-marital.

Rejected by Motown, it spurred him on to embrace the British invasions of America in the 60s, starting with the Beatles and the Stones and then learning from Cream and Led Zeppelin that he had to have some more tricks up his sleeve to stay relevant. Whilst Motown faded in the early 70s, Clinton stayed relevant by moving in a crossover direction and focussing on the big arena set pieces. Ending up on Neil Bogart’s Casablanca label, it is apparent that the label owner realised that by investing in the staging of his stable’s gigs, he could make more money. This was true of both the P-Funk scene that Clinton was building and the fire breathing blood spurting rock gods Kiss, who were also signed to the label.

There seemed to be a couple of turning points for Clinton. The first was picking up William aka Bootsy and Phelps aka Catfish Collins from James Brown’s band. The Collins brothers were literally instrumental in forging the lean hard funk of “Sex Machine” and “Superbad”. After leaving JB’s draconian regime in a financial dispute (like so many others) they set out on their own, forming the House Guests.

They released a couple of songs between JB and GC. “What So Never The Dance” is straight from the JB’s funk styling and shows just how tight the two of them were and competent as band leaders in their own right. Maceo Parker ended up working with Clinton and George comments how all of his recruits from Brown could nail a track in no time whatsoever from walking into a rehearsal.

The second track “My Mind Set Free” funkifies the Mission Impossible theme and again bears the hallmarks of the Collins’s time with Brown. It also reveals what their time with Clinton added to the mix when Bootsy stretched out with his Rubber Band in 1976.

Funkadelic were playing in Cincinnati and one of the band’s singers, Mallia Franklin (no relation to Aretha) took Clinton to a club called the Graveyard. Clinton and Bootsy didn’t talk on the evening but they did meet up again in Detroit. Clinton had a high turnover in his bands and had a point of always bringing in young musicians to keep things fresh. The Collins Brothers fitted the bill and they were in. It was a marriage made in heaven and before long, Clinton had a third mega-act in his P-Funk stable when Bootsy’s Rubber Band broke big. It got to the point where both acts were hiring aircraft hangers for rehearsal, necessary to accommodate Clinton with his Mothership (which now resides in the Smithsonian) at one end of the building and Bootsy at the other.

The other realisation for Clinton was that he needed some concepts. As I mentioned earlier, he felt he was competing with rock, prog and metal acts in terms of scale of shows and releasing albums that stood alone. Before he landed with the Mothership Connection, he went political.

1975’s “Chocolate City” was Parliament’s third LP and envisioned a black Whitehouse. The album was huge in the predominantly black Washington DC. Newark had appointed a black mayor and George wanted to run with the idea.

Clinton set out his fantasy cabinet:

Clinton was savy enough to sweeten the pill with humour and thereby get some radio play. He recalls in the book how he was conscious how Bob Marley was hounded by Jamaican politicians. He ended up crossing paths with Marley frequently and they berated each other for how they rolled their joints, Marley preferring an English style and introducing tobacco. Marley felt that Clinton was decadent, smoking pure weed. 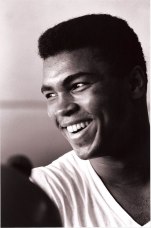 It took thirty years to get an Afro American president and with Trump in office it feels like we’ve gone from Chocolate City with its vanilla suburbs to some orange hell.

The book is a good read. It has a comprehensive discography of all of the various P-Funk projects and boy, there  are many. It also has a list of the various hip hop tunes that have sampled his bands over the years. It is clear that they are second only to James Brown in the amount of borrowing they have suffered or enjoyed, depending on your perspective.

However, what is also clear is the toll that drugs took on Clinton, artistically, commercially and legally. His best friend through much of the book is Sly Stone aka Sly Stewart and the book frequently describes how they got high together. Clinton was a crack addict for 29 years and his life was consequently chaotic. He had a huge network that he was supporting (it reminds me of a recent documentary I saw on UB40 of all people). It appears that documents were perpetually signed by people who were high as a kite or didn’t have the authority. Signatures were forged, combined with Saul Goodman/Jimmy McGill cut and paste chicanery. Costs for producing music were not kept in check. A casual approach was employed to dealing with how his music was sampled.  Most importantly, control of their back catalogue and publishing rights were lost. They were only recovered in 2005 via the lawyer that Jimi Hendrix’s estate and Courtney Love had employed. He’s even included almost seven pages of legal testimony from one his employees as an appendix at the end of the book. There is bitterness constantly rising to the surface.

Whilst Clinton and his colleagues made some wonderful music, his story is of a life well lived yet somewhat lacking in happiness. His vision of a music maker is significant and provided the bedrock for so much hip hop, yet his life is one of constant drug abuse and legal battles since 1980.  It is a bitter sweet tale.

In the meantime, make my funk the P-funk.