In terms of musical scenes, I’ve always had a bit of “right place, wrong time” about me.

Let’s take the eighties,  for example.

I arrived at University in Liverpool in 1985, just after the glory years of the Bunnymen, Wah and the Teardrop Explodes. Eric’s, the seminal nightclub was closing down. Whilst I was on Merseyside, my friends in the Black Country started forming bands – school mates formed the Honey Turtles, amongst other bands. The Weeping Messerschmidt’s were huge in Dudley (I kid you not). Latterly Pop Will Eat Itself, the Mighty Lemon Drops, Ned’s Atomic Dustbin and the Wonder Stuff became nationally and internationally successful, to differing degrees and catering for differing tastes. Look at Clint Mansell now, the musical polymath.

And then just as I was leaving the north west to start life in London, Madchester happened.

The Charlatans were unique in straddling both camps, by dint of their Black Country/Cheshire/Manchester axis. They still remain a going concern for almost thirty years. They pretty much alone have survived all of their contemporaries without the hoary old split and regroup for financial purposes – I’m looking at you, Stone Roses.

They’ve also retained a musical relevance that outlived these two nascent scenes, Britpop and beyond. This has been largely driven by a desire to take on board new influences, develop and improve. They’ve actively jettisoned band members who didn’t follow this ethos. Tragically they’ve also lost band members to death, through accidents (keyboard player Rob Collins in 1996) and illness (drummer Jon Brookes in 2013). I picked up Tim Burgess’s book, “Telling Stories” up at my local charity shop – worth a punt at 99p. Tim, the Charlatans’ singer, shies away from calling it anything as grand as an autobiography.

He suggests that the band’s oft used mantle of the “World’s Unluckiest Band” is ill-suited. He lists the reasons to be grateful in the book – from befriending John McEnroe, introducing the Specials’ Terry Hall to his future wife through to driving around LA in a convertible with Dave Davies of the Kinks. He’s sure that he has lived life to its fullest. In starting out, The group got the initial breaks that many a fledgling band could have missed out on. They didn’t suffer an A&R man missing a gig with a flat tyre, or PAs blowing at crucial concerts or other such ill luck that dooms a thousand other bands. They did have the misfortune to release an LP on 11 September 2001 though.

He treats the death of his band mate Collins death with unsentimental clarity, honouring his memory without indulgence. The book predates Brookes passing away but deals honestly and openly with his diagnosis with brain cancer and the emotions associated, letting Brookes speak for himself. 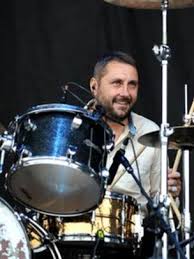 Tim is a likeable articulate storyteller. He writes insightfully about his life and loves. This isn’t a rote list of what he and the band did on a yearly basis. It is a kindhearted book, there are no grudges to be settled Alan Partridge style. He speaks affectionately about his girlfriends. He is a serial monogamist and loves being in love. He’s a bit soppy that way.

There is a fair amount of narcotics in the book. Tim is clean now but he doesn’t approach that period of his life from a “my drug hell” perspective. He knows it was a great deal of fun but unsustainable on a long term adult basis.

He is a huge music fan and views it as a gateway to happiness and fulfillment. He absorbs influences and is always looking for him and his colleagues to develop and improve – a little bit of falsetto singing here, some reggae, funk or Bob Dylan influence there. The hedonism doesn’t make him lose sight of his musical, business and life goals.

His time in living in America with his long time girlfriend Michelle is particularly affectionate. Already star struck with the USA, he clearly enjoyed Hollywood, warts and all. His first brush with the superstar lifestyle is particularly sweet when he writes the following letter to Robert De Niro, a hand written note posted in Wrexham:

Dear Mr De Niro
My name is Tim Burgess, I’m in an up and coming UK band called the Charlatans and are at this moment recording our debut album.
We are all big fans of your film “Angel Heart” and your character “Louis Cypher”.
We have a song called “109 Part 2”, where we have sampled your voice, and I am writing to tell you in hope that you would give me and the band permission to use some of the dialogue.
I have included two versions of the song, one with you and one with you off. I think you will agree that the one with you is the best.
Really hope you say yes.
Sincerely Tim.

The homespun honest charm worked and Bobby wrote back. He said “si”.

The book has made me reassess my relationship with the Charlatans. When they broke in the late eighties, I wasn’t taken with the whole Madchester schtick in general. The tambourine and funky drummer beats were a one paced and a little wearing, covering up some ropy song craft by a number of bands. It felt musically one-dimensional to my ears. I’m constantly astonished at the high esteem the Stone Roses debut is held in, given it seems to be bookended by a couple of corkers (“I Wanna Be Adored” and “I Am The Resurrection”) with some pretty derivative filler in between.

I only clicked with the Charlatans when they broadened their palette from the Steve Hillage produced Faces inspired “Up To Our Hips” 1994 to the Dylan-esque “Tellin’ Stories” in 1997.

Songs such as “Can’t Get Out Of Bed”, which they recognised at the time as the best they had written are corkers. The music is broader in outlook, the lyrics more mature.

If I’m completely honest though, they were never close to my favourite band and as family life kicked in, I focussed my record buying budget on a) bands I loved b) new bands to take a chance on and c) old unheard music to discover as new. The Charlatans kept gamely working away. I saw the albums being released and was comforted by their existence. I didn’t splash the cash though and in a pre-streaming environment, never heard what they were up to. Money is a little easier now and whilst reading the book I’ve had a listen to their later albums, via the evils of Tidal. They all show a development and a maturity absent from so many of their peers.

In recent months they have released their 13th album “Different Days”.

I’m listening to it as write. It isn’t revolutionary but is very good – perfect for working in away in the garden watching the sun set in the middle of this wonderful heatwave.

I’ve also done the deed – I’ve bought a ticket for their “homecoming” gig in Wolverhampton in December with a bunch of good mates. I say homecoming but Tim has the band pegged in a more north westerly direction. The rest of them are Black Country Boys.