I’ve just finished reading Dylan Jones’ excellent biography of David Bowie. Made up from a series of interviews, it is a surprisingly joined up affair. Amongst the people included is Pat Metheny, in particular abbout their making of their single “This Is Not America” in 1985:

Watching him do his vocal was something I will never forget. I can only say that it was masterful – kind of like the feeling I have had whenever I have had the chance to be around a great jazz musician who carried a one-of-a-kind type presence that filled every note that came out of them. He was really fast. He asked if any of us could sing (we couldn’t/can’t!), so he did all the background vocals himself, kind of transforming into what seemed to be two or three different people as he did each part.

And it doesn’t surprise me at all that his last recording includes some of the best contemporary players in New York, especially the fantastic Donny McCaslin. During our time together he expressed a real appreciation and knowledge of this music and saxophone players in particular. He carried the kind of broad view of music and art that was inspiring to me as a collaborator and a fan. I feel very lucky to have had the chance to be around him.

As I’ve gotten older, there is a recurring theme in the musicians that I find consistently interesting, of constant change and development. This is something that is common to both Metheny and Bowie.

Metheny is 63 now, still with that shock of hair and still making interesting and challenging music. He has recorded euro jazz for the ECM label, free jazz with Ornette Coleman, small group formats, poppy accessible music with the Pat Metheny Group. He has made beautiful acoustic solo LPs. He has got to grips with modern classical composition on Steve Reich’s “Electric Counterpoint”. His solo acoustic albums are works are gorgeous. Friday’s opening performance at the London Jazz Festival covered pretty much all of these bases. 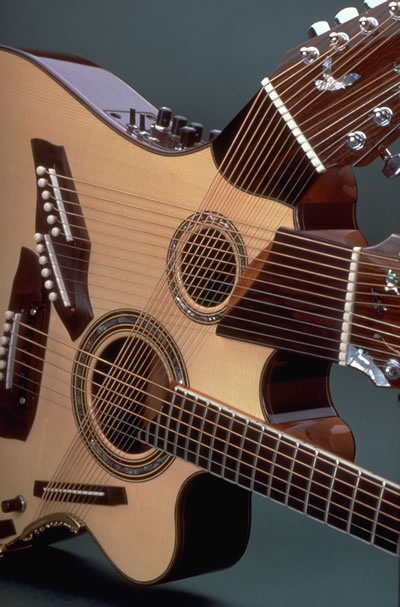 Metheny took up centre stage, sat down and was handed his Pikasso guitar. It is a 42 string custom-made instrument that allows him to accompany himself with harp like strums whilst picking out a melody on the standard part of the guitar or alternatively finger tapping a bass line whilst playing the melody on the shorter open tuned sections of the guitar. For ten minutes, he took us into his own musical world, moving around the instrument to create mellow open chords and pizzicato plucks.
He was joined by his quartet, most of whom are a good bit younger than Pat. Long time drummer Antonio Sanchez was sat to Metheny’s left. I’m a huge fan of Sanchez (I wrote about his brilliant Meridian suite album here). Bassist Linda Oh, the youngest of the quartet, stood behind Pat, her double bass almost dwarfing her but her playing underpinned the music. Welsh pianist Gwilym Simcock completed the quartet, relying on piano for the majority of the show, using an electronic keyboard to add some washes to the some of the quieter numbers. Sanchez’s drumming was muscular and his ability to add latin flavours to the rhythms gave the band another jumping off point, especially for Simcock to add some distinctly Cuban block chords.

When you could hear him.

And therein lay my predominant gripe of the evening. I was sat ten rows back and unfortunately there was little central sound. Initially the hierarchy of instruments heard was drums, guitar, bass with acoustic piano almost silent, a tail end charlie. This did seem to improve as the evening went on but at £75 a pop for the tickets and one of the best concert halls in the country, one would hope that this had been ironed out earlier, if not appearing as an issue at all. I got the distinct impression that there was a better concert to be heard by the band and it didn’t rely on them playing anything differently. They just needed to sort the sound mix out.


The playing was uniformly brilliant though. Each player listened intently to each other and made meaningful contributions. Metheny mentioned that the band were going to focus on older material and this went down a storm. After the Pikasso introduction, we got an acoustic full band version of “So May It Secretly Begin” from his American 1987 album “Still Life Talking” before dipping back to his ECM debut LP for the title track of “Bright Size Life”. This illustrated the many styles that the band were comfortable with. We got be-bop, acoustic open string folk songs and country picking. Metheny has never been afraid to mix and match in a live environment as something like the hoedown “Counting Texas” (which sadly didn’t get an airing) on his “Trio→Live” album illustrated.

One of the highlights was what I think may have been “Faith Healer”. It was the most electric piece of the evening with Metheny playing fiercely as if channeling the spirit of Ornette Coleman, his collaborator on the abrasive “Song X”. Metheny was charging up and down the fretboard with gusto, picking with all his might until his bass string broke and was left dangling limply. Still he charged on, all of this on a distorted acoustic guitar, rather than an electric as you might expect.

The main set drew to a close with a series of duets with each of the band members in turn. He joined Sanchez for an uptempo call and response number, whilst the piece with Oh was quieter and more meditative. We finally got to enjoy Simcock fully as he joined Metheny for an open melodic version of  1978’s “Phase Dance”.

For the encore we were treated to a beautiful acoustic medley, bringing together “Last Train Home” and, wonderfully for me as a David Bowie fan, “This Is Not America”. Whilst I love the recorded version, it isn’t immediately evident how large Metheny’s contribution was to the tune. Stripped back to its bare bones, the guitarist’s melody at the heart of the song shines through.

One final observation on what was despite the sound problems, a wonderful evening.

I commented at a Richard Thompson gig earlier in the year how the profile of the audience at his show Cadogan Hall was mainly middle-aged, white and male. The same crowd seemed to have reconvened almost twelve months later at the Barbican for Pat’s gig. I’ve no axe to grind with this (in my advancing years I probably tick all three of those boxes myself now).  It did strike me though, that with jazz resurgent and attracting a more youthful audience than at any time I can remember, that there was a cross-section of a potential audience that was missing out. The ticket prices was possibly a significant issue (£75 for the best seats) but I’ve recently been paying close to £50 for bands such as LCD Soundsystem, The War on Drugs and Queens of the Stone Age to stand in an enormous hall as opposed to sit twenty feet away from the musicians. And all of them sold out and were mostly attended by a younger audience so money doesn’t appear to be the issue.

Maybe Pat has an image problem and possibly he doesn’t care about this. Why should he? But in recent years as the musical stars in our firmament have been passing, it would be a shame if other generations and social groups didn’t get to hear Metheny and his fantastic musical compatriois. I’m not sure what the answer is – smaller shows in hipper venues? Festival appearances at the likes of Glastonbury? Is it even a problem that exists or needs to be solved?

I’m just glad I’ve got to see him. I just don’t know what took me so long.

Or perhaps I do. I’ve become middle aged.