For many music fans, Tracey Thorn has dropped off the radar somewhat. It is almost twenty years since she last performed or recorded with husband Ben Watt in Everything But The Girl (EBTG). Even before that, the last couple of EBTG albums were edgier, more electronic albums that had taken them away from the more middle of the road audience that they had drifted towards in their late 80s/90s commercial peak. Steve Wright in the Afternoon was a very distant memory.

The band’s hiatus has been liberating for the two of them. They’ve raised a family together (more of that later) and Watt has been running his music label Buzzin’ Fly and releasing solo albums, collaborating with Bernard Butler along the way. 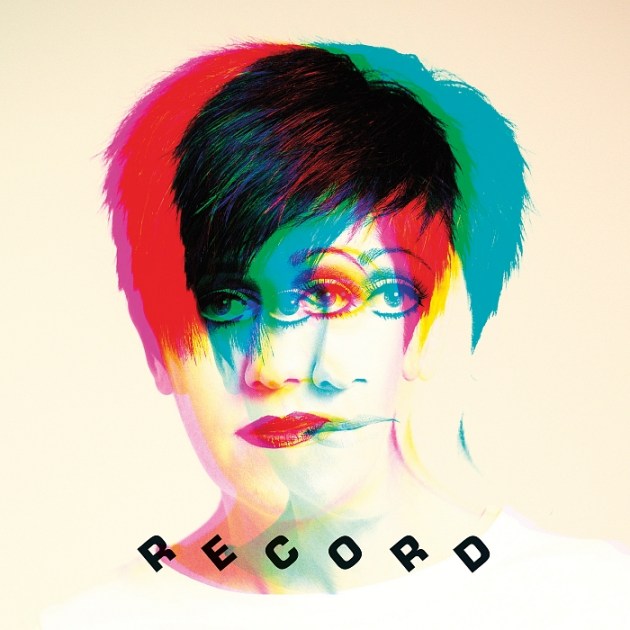 Tracey has been no slouch either. This month’s “Record” is her fourth album since the band’s hiatus and she seems to be working with the Scritti Politti/Blue Nile ethos of releasing infrequently but keeping the standards high.

She has been working on collaborations too including “Disappointing” from John Grant’s 2015 LP “Grey Tickles, Black Pressure”. So given the prior relationship plus his gregarious demeanour, it must have seemed an ideal match for an evening of musical conversation at Rough Trade.

It was a fascinating event, a real pleasure to hear two people that clearly understood their craft but were also aware of their own frailties too. The focus was very much on the creative process. How did Thorn clear her mind to write? A good long walk. The joy of recording backing vocals, how rhyming couplets pull your audience in, the need to be direct in song structure (“Don’t bore us, get to the chorus” as Tracey reiterated) – this was about how music is put together and how it works.

Both Thorn and Grant were aware of self-doubt and understood which parts of the music business made them happy and how to avoid those aspects that didn’t fulfil them. Grant commented that he is still learning that if the latest song he has written isn’t a killer, it doesn’t mean that he is a failure or that he has lost his mojo. Thorn reassured him that this is the beauty of working in the studio. You can throw it away or erase it. It isn’t set in stone. It is between you and those four walls not the rest of the world.

There was a fascinating section on performing live. Grant has just come off of a tour with Elbow touring UK arenas, somewhat larger than his usual gigs. He seemed to find the experience a little discombobulating. Tracey has effectively stopped performing live and made the comparison between theatre and movie actors who the public accept often exist as being almost separate trades. It isn’t considered odd that Tom Cruise or Clint Eastwood doesn’t perform in theatres, yet musicians that don’t tour are considered incomplete or flawed in some way. Tracey’s point was that she would have to hold so much back to ensure that her performance was professional that she knew she wouldn’t be giving the best of herself. The elimination of risk necessary for her to get on the stage would make for a less engaging experience for the audience. She added that it was just her and Scott Walker who were the performance refuseniks now, quipping that:

Even Kate Bush has let me down

She recognised that she was in somewhat of a privileged position in this regard as refusing to perform live would be a very challenging career route for a new artist in 2018.

Talk inevitably turned toward her new LP which was recorded with producer Ewan Pearson. The album places Thorn’s voice in an electronic setting again, something which I think works brilliantly as shown on her work with Massive Attack and ETBG’s penultimate album “Walking Wounded”. The songs are direct and mostly short and sharp. The whole album is an old-fashioned vinyl LP in terms of length. All of this was deliberate with a conscious focus on the brevity of song and title, the latter generated possibly by Tracey’s tiny notebook. The single word song titles (“Smoke”, “Face”, “Go”) bring to mind Talking Heads’ classic “Fear Of Music”.

The opener “Queen” sets the tone for the album, sitting somewhere between the studio and the dance floor. The song kicks in on the second verse as Grant noticed on the evening and we end with a guitar solo. The video plays out in the back of a car driving through the London night, a deliberate nod to the Walking Wounded album cover.

“Sister” features a Corinne Bailey Rae vocal arrangement and features the feminist banger common thread that Thorn had set out as central to the album. Her voice is getting deeper and more expressive with age. The album’s theme touch on motherhood and a sense of place. She commented on the evening how the impact of having one’s children grow up and leave home is trivialised in society and the conflicting sense of loss and pride that is felt when you send your children out into the world. As a father of a teenage daughter, I can already sense this on the horizon and it is truly a bittersweet emotion.

If this sounds a little dry, then you’d be wrong. “Record” is bouncy, upbeat and have you heading for the discotheque. Tracey has just posted an “inspirations” playlist which shows what informed the album’s soundscape. New Order, Bowie, the Pet Shop Boys and Chic set out the classic dance floor vibe but it is also supplemented by more contemporary influences in Kano, Lorde and Tennis.

Between her own musical work, her writing (both of Thorn’s books “Bedsit Disco Queen” and “Naked In The Albert Hall”) and her own private life, Tracey has clearly found a balance that works for her in a satisfying way yet maintaining a musical edge.

Long may she continue.