We’d gone to France for our first holiday together. Well, I say “together”, we were en extended famille, which combined with the worst of the summer the Dordogne could chuck at us, created its own tensions. I needed a book in which to bury myself and appropriately for our chosen destination, I’d taken the newly published “Kitchen Confidential” by Anthony Bourdain. 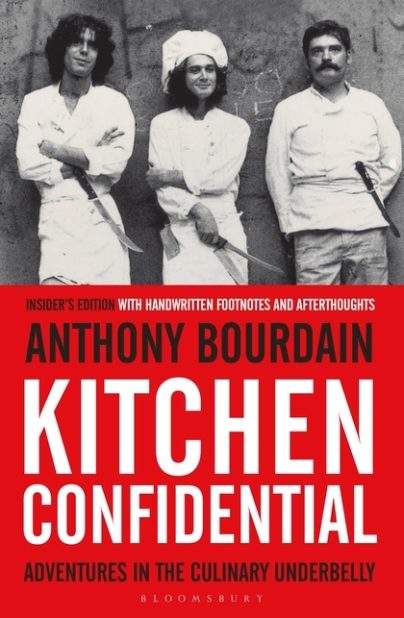 It had been getting plenty of coverage in the UK press at the time. Particularly the chapter about restaurant rules was being widely quoted (never eat in restaurants with filthy toilets, avoid sushi on Mondays etc). Even to this day, I’ve stopped eating swordfish. Call me a wuss but the thought of some commis teasing out the maggots hasn’t left me (and possibly won’t leave you either now).

Anyway, the opening chapter of the book was Bourdain reminiscing about his time in France, eating Oysters on the Atlantic coast. It seemed an enjoyable way of killing time between thunderstorms and dealing with the vagaries of the local restaurant opening hours pre-smartphones.

It is 2018 and Bourdain is no longer with us, taking his own life whilst filming an episode of Parts Unknown, his CNN series, in the Alsace.

Whether it is coincidence or otherwise, Netflix has launched 8 series of Parts Unknown on their UK service. Having only subscribed to free to air channels in recent years (avoiding giving the likes of Murdoch any of our hard-earned moolah). we’d missed this particular pleasure.

My god, it is a bittersweet watch. We’re halfway through season 2 of the 45-minute episodes. Bourdain really does travel to parts unknown – the Congo retracing Conrad’s Heart of Darkness, the outer reaches of Burma via rickety old trains, Libya post-liberation from Gaddafi. He also stays closer to home, talking with the Korean community in Los Angeles or visiting Quebec, exploring the dining scene. He spent a whole episode on Copenhagen’s legendary Noma.

In all of these destinations, he had the same disarming self-awareness, asking difficult questions in a way that draws out answers, whether it is to the uninvited Jewish communities in Palestinian territories or gun-toting American outdoorsmen in New Mexico.

The only visible issue we’ve seen consistently is the infrequency of the appearance of women. This may be a testament to Bourdain’s bravado but I more readily believe it is due to their diminished position in those societies. He does try to shine a light on this but isn’t quite getting there at the point we’ve got to in our viewing.

And so far, we’ve seen the side of Bourdain that was so appealing – the punk ass New Yorker whose up for anything but intelligent enough to know he is a guest in these foreign terroirs, always able to go home. 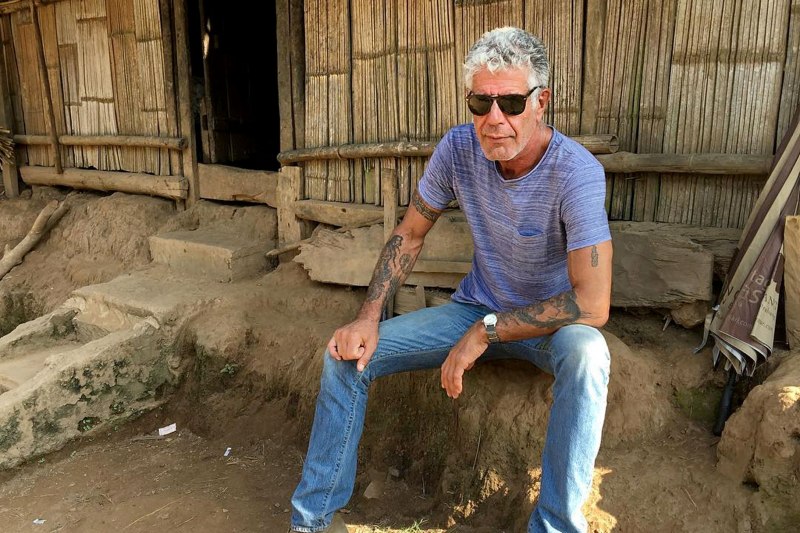 Last night that changed though. The episode on Sicily started in the normal way. Bourdain narrating the cliches of Sicily, the mafia connections, the apartness from Italy. We then get the Mark Lanegan/Josh Homme/Queens of the Stone Age theme song (take that Nigella and Rick Stein) and we’re in a dark place.

Bourdain goes snorkelling for seafood with a local restauranteur. He’s suspicious already of their chances of catching anything in the middle of the charter boats and tourists diving into shallow waters.

In for a dime, in for a dollar though. So Bourdain dives down. And metaphorically deeper.

He turns to see dead cuttlefish raining down on him. Octopuses drop past him, their tentacles drifting, no sign of life.  It turns out the restauranteur has a mate in the dinghy, chucking dead food over the side of the boat for Bourdain to catch. It truly is one of the most bizarre segments of TV you will see.

Bourdain doesn’t call him on it. He gets to the shore and starts downing negronis. By the time he arrives at the guy’s restaurant that evening, his head’s gone. He’s steaming drunk and seething with anger. He still says nothing but his off-screen narration is getting darker, revealing his desire to crawl up in the foetal position and hide away.

The next day he goes up to the hills to see a pig getting killed and he describes the aftermath of it getting shaved and butchered as if it is a Kardashian before him rather than this huge beastly porker.

His mood doesn’t improve during the rest of the filming and it is clear that he can’t’ wait to leave.

We get a glimpse into Bourdain’s head and suddenly the leap to his acts of June in a lonely hotel room in France isn’t so big. It may be presumptuous for us think that the underbelly of his experience filming a film and travel episode leads us to suicide but the darkness was a clear and present danger, evident for those 45 minutes.

This was a man who embraced life, who dined with Obama and was the antithesis of Trump.

He and Obama were comfortable eating noodle soup in Vietnam. This spoke hugely of both men. This wasn’t well-done fillet with a bottle of tomato ketchup. They spoke intelligently and made you yearn for different times.

He recognised and knew love. This clip with Iggy shows both men at their best in later life, revelling in the simple pleasures that living can offer.

Bourdain left behind a daughter and a partner, Asia Argento, who is one of Weinstein’s accusers. He was an ex-addict, clean at the time of his death by all accounts. He was valued by so many. The creator of the Wire and Bourdain collaborator, David Simon, wrote an incredible piece in the aftermath of his death, simply entitled Tony.

“This guy might be the absolute coolest person on the entire planet.”

He had much to live for. He chose not to and again revealed the heartbreak of mental illness. What is unseen and unspoken.

We are going to plough through Parts Unknown. It will no doubt create more wanderlust and will encourage us to try more new cuisines. We’ll get an insight into other cultures and understand a little bit more about what makes people tick in these far-flung places, what keeps them up at night and what their hopes are.

And we’ll mourn Bourdain’s passing and celebrate his legacy.

You should too – just don’t let Sicily put you off.