Long gone are the days when poets were lavender scented fops, charging around the meadows with a butterfly net. Sunday’s smorgasbord of soliloquys at the old Edwardian theatre at Ally Pally illustrated perfectly why it is still a relevant and vital literary form.

The star attraction was Dr John Cooper Clarke. Dr Clarke had a nasty cough and was a little below par, but still thrilling. We’ll revisit the Salford Bard later.

The opening performer was Mike Garry. The walk-on music played, a classical version of New Order’s Your Silent Face before the rich Mancunian burr launched into St Anthony: An Ode to Anthony H Wilson. 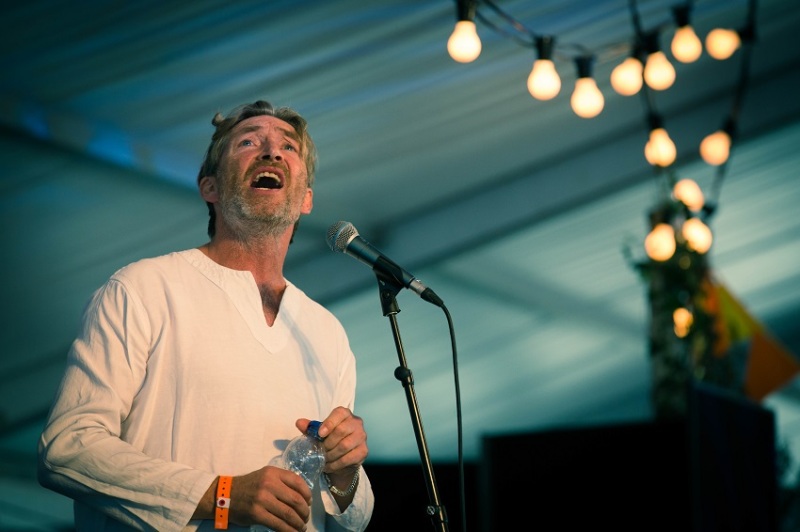 The early part of Garry’s set covered state of the nation stuff – immigration, Grenfell, working-class poverty. It was like C4’s Shameless in verse form. He moved on from a stunning eulogy to his mother which he wrote before she died to Signify, a tribute to the one teacher that touched his soul and encouraged Garry to unleash his potential. The poem Son brought a tear to my eye which he wrote about his relationship with his child after he moved to the antipodes:

I truly miss my son today

I need to hear his name spoken aloud

I sing whisper it when I’m stood in a crowd

We’ve not fallen out

My heart slow bleeds as my soul departs

And I truly miss my son today

I’m gonna hold that boy in these two loving arms

I’m gonna tell that boy just how his Father feels

How I’d walk across Europe and Asia in bare feet

For a moment of his beauty

For an instance of his grace

For a second of his cheeky northern charm

When I hold my boy in these two loving arms

The final piece was an unaccompanied version of St Anthony. Whilst Tony Wilson, the doyen of Factory Records and the Granada TV presenter, sits at the heart of the poem, it really is a love letter to all things Manchester, picking up alphabetically after the Sex Pistols landmark gig at the Free Trade Hall. A stunning video has been produced that has (mostly) a cast of key figures  Mancunian and Salford figures miming the poem, with the exception of Steve Coogan and Iggy Pop delivering the opening lines.

It is a moving tribute to Wilson who died in 2007. I can imagine being a Mancunian, swelling with civic pride at St Anthony when I hear this. Shouldn’t something like this be commissioned for all major cultural centres in the UK? Benjamin Zephaniah tackles Birmingham and the Black Country, Simon Armitage covers Leeds.

Next up was Luke Wright. We’d seen Luke support JCC at a glitzy club in Hanover Square half a dozen years ago. It was the most surreal evening. As the post-punk aficionados trailed out at the end of Johnny’s set, the queue was filling up with Made in Chelsea types who had headed up west to Mayfair for a night on the town, ya. Wright was bouncing around like an Essex tigger and was huge fun.

His Sunday night set was superb, possibly the highlight of the evening given JCC’s ailment. The gorgeous Clocks bought a tear to my eye, his tribute to his father’s hobby. Luke’s Dad never understood that poetry was something that his son could or should do and this introduced distance. Clockmaking was his father’s pride and joy and taught his son the virtues of hard work and craft to create a thing of beauty.

Ron’s Knock Off Shop was incredible, a poem structured around a French surrealist vision of verse constructed with only one vowel. Luke went with “o” and delivered a North/South Brexit divide ode about two London hipsters having a day out in Bolton. It was a stunning example of dexterity, both in writing and performing, three theatrical minutes without the use of a, e, i or u.

Wright finished with Embrace the Wank, an encouragement to not shy away from all things artistic and culturally challenging. It resonated nicely with a tweet that I saw from Trainspotting author Irvine Welsh this morning.

If you’re working class, fuck being ashamed into feeling that art and politics are beyond you. Pretention isn’t a stick to be used to beat you – it’s your fuckin’ birthright. Embrace.

After MC Johnny Green (ex-Sex Pistol roadie and manager of the Clash), announced an interval, JCC joined us, replete in an over-sized grey felt bowler hat. The good Dr was suffering from a nasty cough, which seemed to disrupt his momentum a little. This was especially evident during the high-velocity delivery of Beasley Street and Evidently Chickentown. Johnny’s ruminations on life, especially his heroin years, were amusing and allowed him to catch his breath. Coming after Garry’s social observations and Wright’s phonetic trickery, it was really the two encores that tied the night up and brought to mind two paradoxes.

We had I Wanna Be Yours, as adapted by the Arctic Monkeys’ on their acclaimed AM LP. Johnny was clearly chuffed that Alex Turner had taken the inspiration from his original poem.

So first, paradox number one – despite I Wanna Be Yours appearing on the GCSE English syllabus, the event was limited to over 16’s only. Now I know from personal experience that teenagers can be creative getting into these gigs but it seems a little pointless attempting to prevent them from attending which is now a recognised part of their education.

The second paradox related to JCC’s other encore. Earlier in the evening, with just one bright orange tea-towel left on the merch stand, a bloke pushed in on me and was angrily insistent that he got there first. I’m a cool relaxed type of guy so let him go off with his scowl and his booty. The man on the stall found another tea towel later in the evening for me and I went home a contented boy.

Back to that encore then and paradox number 2. As JCC cranked the pace up  (“You’ve got this slippery quality, it makes me think of phlegm. And a dual personality, I hate both of them”), my mind drifted back to tea-towel man, brow furrowed, charging off after his sharp-elbowed triumph.

And the auditorium cried out as one….. 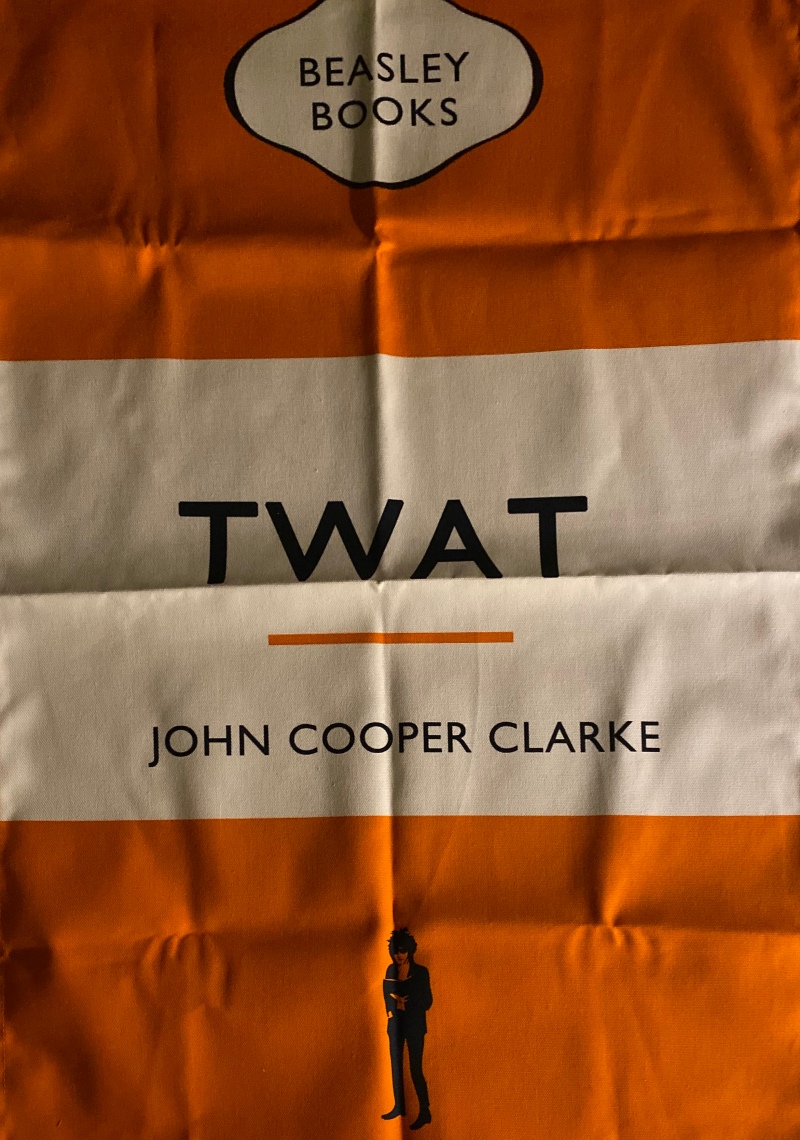