As those of you who read my blog are aware:

a) I’m a bit of a statto. It’s probably a hangover from my consumption of football magazines as a boy

b) I enjoy perusing Setlist.fm. It logs which gigs I’ve been to and what I’ve heard. It is more reliable than my own memory banks as the years go by

I was reading a blog the other day (the rather enjoyable Every Record Tells A Story) when people were trying to agree who had made the greatest consecutive run of classic albums. The consensus appeared to be David Bowie (the 12 LPs ending in “Scary Monsters” – no argument from me there). It got me thinking about other areas of the venn diagram where music and numbers intersect.

Music doesn’t necessarily lend itself to statistical analysis but I thought “what the hell”.

I started to think about which original songs had been performed most by the musicians (not including cover versions). I started by heading over to Wikipedia to identify what were the biggest selling LP’s of all time. The correlation between the most successful records and the most live performances probably wasn’t going to be the killer but it seemed like an okay starting point. I then cross referenced this to the most frequently performed songs from the particular LP on Setlist.fm. Now before anyone protests, I know that this isn’t particularly scientific. Setlist.fm is only as good the data input. It relies on fans and musicians recording who played what, when and where. However for the larger artists in recent years, it is a lot more reliable due to the use of social media and the internet.

The list of LPs that had sold over 40m copies worldwide were as follows (as of 29 September 2016):

So the obvious contender appears to be “Back In Black”. Not a tremendous surprise, as the other musicians and bands don’t tour as often as AC/DC or have shuffled of this mortal coil. In fact if one looks at the frequency of performance of the songs from the LP, both “Shoot To Thrill” and “You Shook Me All Night Long” have been performed more often than the next most highly performed song of the 40m plus LPs, Fleetwood Mac’s acoustic ballad “Landslide”. That this was the Mac’s most played song was wee surprise in itself. Not the most anthemic but it is acoustic, easily performed and, when we saw them, a set piece number for Stevie and Lindsey.

It was a starting point at least.  It didn’t feel like the right answer though. For instance, the AC/DC album is relatively recent compared to the sixties, when the initial classic albums were released. So my mind next wandered to the bands that had been around in that era. The Stones were the obvious candidates and sure enough, they almost beat “Back In Black” with “Jumping Jack Flash” (1126 performances). I didn’t bother checking the Beatles given their early retirement from the live arena but the Who clock in with “Won’t Get Fooled Again” (833 plays). In fairness, “My Generation” would probably trump this if the stats from the 60s had been available. The Kinks’ “You Really Got Me” clocks in at a measly 321 performances. 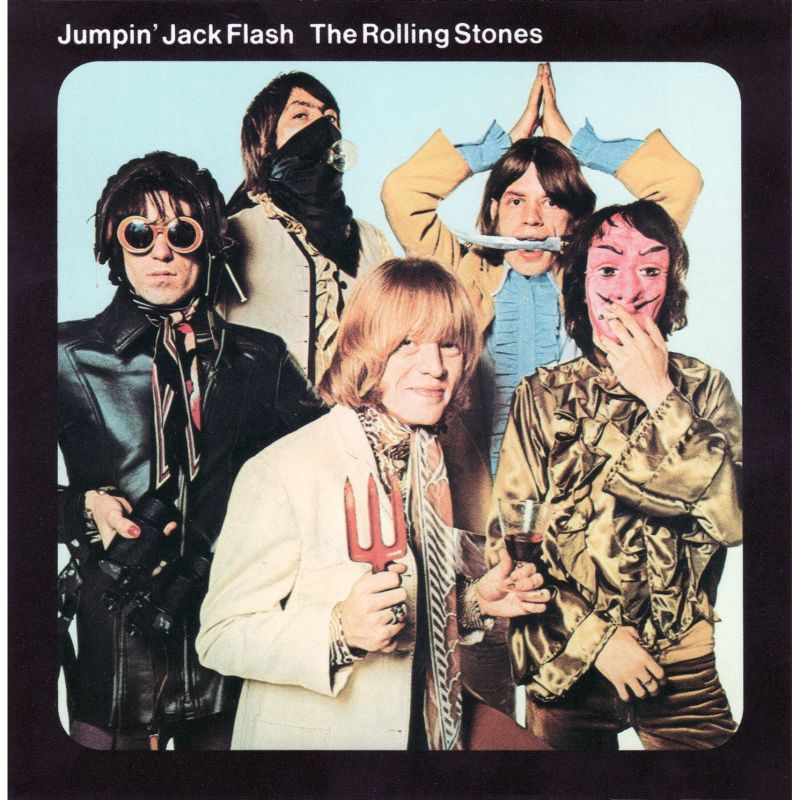 Let’s head into the 70s and have a look at David Bowie for starters. “Fame” is the leader with a measly 660 plays and given the accuracy of record keeping by your average Bowie fan, probably quite accurate. Into the 80s and you might want to consider U2. “I Will Follow” has a not too shabby 914 performances.

Bruce Springsteen seems a good bet – decent length of career, frequent tourer, some firm fan favourites that get a regular airing, epic 4 hour live shows, none of that “we aren’t playing the hits” nonsense.

And sure enough, he takes the lead. “Born To Run” spanks the opposition with a whopping 1486 plays. Basically, if he has the E-Street Band with him, he’s going to play “Born To Run”.

And that got me thinking – maybe I was barking up the wrong tree with the mega bands. Perhaps the answer is a solo artist. One who isn’t the biggest album seller of all time but consistently plays live.

Ladies and gentlemen, I give you the winner. I knew there was a reason for the “Never Ending Tour” and it was for Bob Dylan to win this half cocked contest of mine. So it must be from one of his classic albums then – “Highway 61”? “Blonde On Blonde”? “Blood On The Tracks”? Or perhaps one of the classic 60s folk numbers “Blowin’ In The Wind”? “Mr Tambourine Man”?

It is none of these. In fact it is an album track from one of his low key end of 60s LP’s. It was released as a single but didn’t even chart. It wasn’t even performed live until 7 years after it first appeared. In fact, if wasn’t for someone else’s version, I doubt it would figure on the list.

Three chords (Am/G/F – the same as the last bit of “Stairway To Heaven”), a dark and biblical lyric and repeat. There are few versions on Youtube. The one above features Mick Taylor (ex of the Stones) and Ian McLagan (ex of the Faces) from Bob’s biblical early eighties period.

Jimi Hendrix though picked up the tune in 1968 and completely turned it inside out. He recorded in London with the Experience plus Dave Mason on 12 string acoustic. In the sleeve notes to Dylan’s brilliant “Biograph” box set, Bob writes:

I liked Jimi Hendrix’s record of this and ever since he died I’ve been doing it that way… Strange how when I sing it, I always feel it’s a tribute to him in some kind of way.

Ironically, Hendrix is credited with only performing it live three times between January and April 1969 with the Experience and a few times beyond that. The version below is from Denmark in the month of his death, September 1970. Since Hendrix’s version, Dylan has invariably performed in stylistic fashion closer to the more famous cover than the original.

I may have got this wrong and there may be other candidates. My method is less than scientific and somewhat prone to bias by those musicians who have the most statistically minded or completist followers. It is only a bit of fun on my behalf.

I’d love to hear people’s ideas on possible other songs for the most performed title. I’m sure that there are plenty of artists who are less popular but haven’t registered on Setlist.fm’s radar. For example, singer songwriters with one or two prominent songs who play regularly on the gig circuit. I remember seeing Chip Taylor at Glastonbury a few years ago. I would wager that he has performed “Wild Thing” and “Angel Of The Morning” a few times. I bet Janis Ian has performed “17” on multiple occasions too.

But to beat “All Along The Watchtower” (performed on average over 50 times a year), they’ll have to be going some. Maybe Chip or Janis have beaten it already but until their followers hit Setlist.fm, the numbers don’t lie.