The more observant of you will realise that I’ve skipped a month.

June’s Rough Trade offering was frankly overwhelming, Max Richter’s “Behind The Counter”. A triple LP of the classical composer’s favourite tunes, running from Bach to Mogwai, I’ll be coming back to it later in the year. It wasn’t clicking in the midst of the current long UK heatwave. The selections were interesting and covered many personal bases but not one for now.

Instead I’m going to write about the July selection, This Is The Kit’s “Moonshine Freeze”.

This Is The Kit is essentially Kate Stables and whoever she is playing with at the time. Originally from Winchester via Bristol, she has been living in Paris since 2006. This is her fourth LP and her first with Rough Trade as a label. I’ve been aware of them for a couple of years, primarily via BBC 6 Music and in particular, Elbow’s Guy Garvey who recorded a brief IPlayer TV programme on the band. They are a mobile group of musicians, recording the preceding album in Brooklyn with the National’s Aaron Dressner, who also appears on the new record.

The opener “Bulletproof” most closely bears the Elbow association – mid tempo with a banjo arpeggio and chorus that you could imagine Guy Garvey crooning. “Hotter Colder” plays on its title. Starting from an acoustic strum, it builds to an abrupt ending, only for the second of silence to break with a gloriously squally saxophone solo. You can really hear producer John Parrish’s influence, with dynamics of his work with PJ Harvey shining through. The use of a brass section is interesting and bracing, elevating the title track and “Two Pence Piece” from being just an appealing folky shuffle.

“Easy On The Thieves” is spare and beautiful. Kate and her banjo and a few vocal harmonies, the lyrics are fantastically phrased. In the line, “what a pair of proper charlies, duck behind the trees and hope no-one sees”, “charlies” grows a couple of Sinatra-esque extra syllables. Kate has been listening to Tuareg rhythms, such as the legends Tinariwen and these start to creep into such tracks as “Empty No Teeth.” It is a very well rounded and satisfying record, immediate yet with layers that reveal themselves on repeated listens.

I’ve been playing the LP to death over the last week and was chuffed to be able to bag tickets to see Kate play at the Old Dentists in Homerton, early on a Saturday evening, c/o the Rough Trade Album Club. 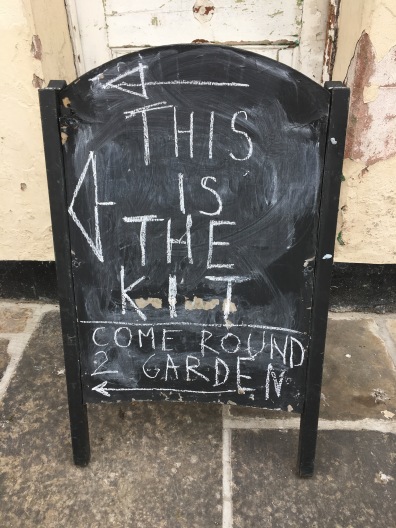 The gig was held in an intimate old dental surgery (if such a thing exists) on Chatsworth Road in Homerton, East London. The performance space is about the same size as a domestic living room, with exposed ceilings, wires and pipes. Judging by the 081 number above the shop, it is a long time since anyone had their molars extracted in this little joint – 1995 to be precise if the Wikipedia London Phone Code Page is to be believed. Now used as an occasional arts venue, it fits in well with variety of bars, restaurants and performance spaces one sees when walking from Homerton station.

Having picked up a bottle of courtesy beer on the way in, about twenty or so souls gathered for the opening half a dozen songs from Rozi Plain, most appearing to be from her forthcoming LP. 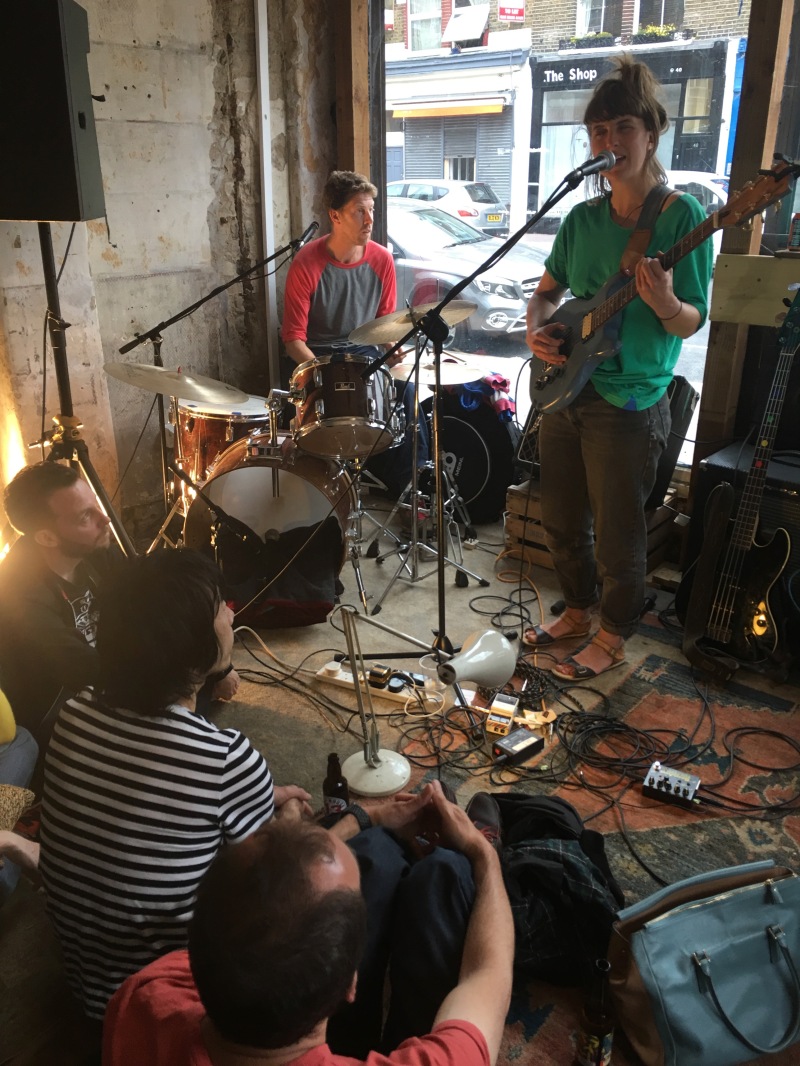 Rozi squeezed a drummer, keyboard player using what looked like thrift shop electronica and a sax player (the bassist was playing another gig that afternoon) into the tiny space. Her songs featured her circular guitar picking and put me in mind of Young Marble Giants and Antena, the old Belgian eighties trio. It was lovely stuff and for the final track, she was joined by Kate on bass. They are old school friends and the gig clearly showed the bond between them as musicians.

After we were all politely asked by Kate to leave the space to get some fresh air “and possibly some star jumps”, we reconvened after the musicians had a brief breather and set up.

Essentially the same band but with Rozi now on bass, Kate performed half a dozen songs from the new LP with a trio of old tracks. It was an absolute thrill and a treat to hear musicians in such close quarters. The need to respect the audience in terms of volume added to the nuances in the music. You couldn’t play too loud (with one exception which I’ll come onto later) or the windows would rattle and ear drums would blow. In doing so, the vocals in particular shone through as did Kate’s banjo picking.

Kate was an engaging host, checking what the Rough Trade album club entailed and whether we all knew each other. The final track was a blast literally. About two thirds through the song, Kate stopped the music and very politely stated “on the count of three, everyone play as loudly as they can” – which they did.

It was a fabulous evening and a great example of how Rough Trade can get things right as a package. The venue in particular added to the charm, watching people watching us, bin wagons collecting rubbish, buses stopping outside, people doing Saturday evening things. It was as if we were briefly in our own special world just fractionally removed from society. 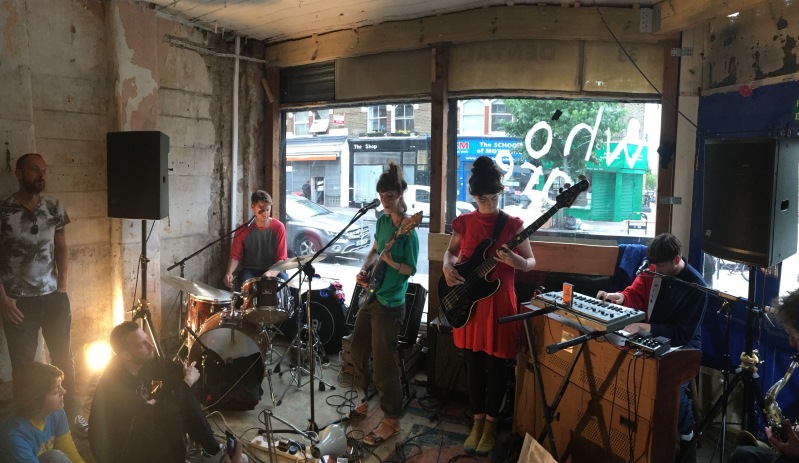 This Is The Kit are on tour through the summer at festivals and come back to London in September to play the Shepherd Bush Empire.

Catch ’em if you can. In the meantime, the LP is still available from Rough Trade (sold out on yellow vinyl) with a bonus CD of cover versions here. It is shaping up to be one of LPs of the year already.

Edit this setlist | More This Is the Kit setlists