Back in 1984, the British music press seemed desperate for some American great white hopes. The New York scene had hit the mainstream with Blondie, Talking Heads had linked up with Brian Eno and the Ramones……well they were different Ramones but the same Ramones. Post-punk hadn’t quite gripped the USA and there were no signs of the glorious pop being produced by likes of the Associates, ABC and Altered Images having too many American cousins.

So when a number of West Coast bands started emerging under the banner of the Paisley Underground, when Athens GA had REM following the B-52s and when Minneapolis begat Husker Du, there was an urge to join the dots and create an American invasion. When viewed with the benefit of hindsight, the common link was pretty much only white people with guitars. However, at the time, there seemed a sense of desperation to forge it all into a bigger movement.

David Hepworth, Andy Kershaw and Mark Ellen were fronting up Whistle Test, no longer Old and Grey. Each show ended with a video. I recall one song, in particular, blowing my socks off.

Beatles haircuts and Rickenbackers, Byrds backing vocals and cowboy boots, a jangling guitar launched into an urgent fuzzy riff, I Had A Dream ended up with an amped up coda that rocked us to the finish (less said about the middle of video with a bloke dealing with a dot matrix printer malfunction, the better). The Long Ryders seemed to straddle all of the American camps and with the start of a British roots inspired scene (The Pogues, Billy Bragg, The Men They Couldn’t Hang), seemed a decent bet for success. 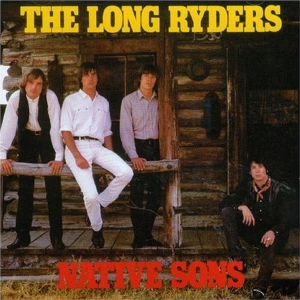 I picked up a copy of their Native Sons debut album on a trip to London and it barely left my turntable. Unaware of the Gram Parson/Burrito Brothers/Sweetheart of the Rodeo heritage, it opened up my mind to the idea that Country music didn’t have to be at either the Don Williams or Eagles end of the spectrum. It was generally refreshing and energetic. Hell, it even featured the Byrds’ Gene Clark on backing vocals on the gorgeous Ivory Tower. The sleeve’s nods to the Notorious Byrd Brothers and CSN were lost on me at the time.

Three years and three albums later the band had gone but they opened the door for the Alt-Country scene that would follow. The Long Ryders were the sons of the Byrds and the Burritos but they were the fathers of Wilco, Whiskeytown and Richmond Fontaine.

There’s a different ending though. The line up of the brief glory years of Sid Griffin, Steven McCarthy, Greg Sowders and Tom Stevens are back with a new album to promote. Psychedelic Country Soul (which kind of captures what they were always about) was recorded at Dr Dre’s studio in LA with the Bangles on backup vocals. Their renaissance comes at the same time as the Dream Syndicate, who tore the roof of the Lexington not so long ago. Steve Wynn used to jam with Sid Griffin prior to them forming their respective bands so the synchronicity is complete.

In a recent interview, Sid commented that after a reunion two years ago, the band had confessed to playing boredom in playing retreads of Native Sons material endlessly. This prompted the decision to write and record new material and then take it on the road. This posed a number of logistical challenges. For starters, Sid lives on the other side of the Atlantic in the UK with a young family (most of whom were at the gig apart from the springer spaniel apparently). Greg Sowders has a senior A&R role at Warner Chappell and the band have acknowledged that his work responsibilities may necessitate an alternative drummer for part of the tour.

This lead to a focus on the new album at the London gig and with it a freshness of intent. Greenville joined the list of esteemed Ryder’s rockers and Tom Stevens sang a beautiful Bells of August, one of the few occasions that the pace eased up. A gorgeous cover of Tom Petty’s Walls was an encore highlight and one can imagine the Long Ryders helping to fill a TP sized hole in the musical landscape.

The rest of the set was a pretty even spread across the three other albums with only three songs from Native Sons and Looking for Lewis and Clark being the inevitable final encore. Capturing the Flag was a midset highlight with Steven McCarthy tearing it up with Griffin’s 12 string Rickenbacker sounding tougher and more urgent than the original. Southside of the Border’s fizzes like an amped up La Bamba.

Griffin is centre stage and in a recent interview with Louder Than War confessed the following:

I love playing live. I even don’t mind the travel. I feel alive when I am on the road and at home I always feel a bit like life is dull.

One hopes that the current interest in the band plus a desire to record and tour new material bridges the geographic divide that exists with the band. They clearly sense that they have a fresh opportunity and it would be a shame for it go to waste. When McCarthy isn’t laying down some stinging James Burton runs on his Tele, he’s swapping bass and guitar with Tom Stevens. Sowders doesn’t let the pace drop for a set that barely contains anything that could be described as a ballad.

I love the Islington Assembly Hall. It’s comfortable with great sight lines. I’d venture to suggest though it was about two-thirds full and one wonders if a ticket price north of £30 was a factor. It raises a couple of dilemmas for bands like the Long Ryders. Their fanbase is older, dedicated and probably can sustain a more expensive ticket. Is there a sweet spot in pricing though that makes the gig economically viable but entices the casual younger fan? Possibly not for a band whose last album was 33 and 1/3 years ago but it did feel that people were missing out on enjoying a band that is perfect for a Saturday night out.

A quick word about the support band, the Hanging Stars. I only caught the last few songs but they had a very good British take on the Calexico sound, all strummed guitars, lap steels and a Mariachi trumpet – excellent stuff.